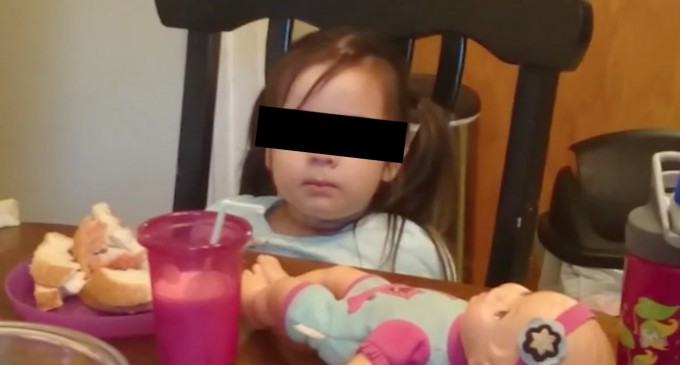 It's a common refrain among parents as they teach their children the boundless opportunities that living in the United States affords them. It's a noble effort. As we grow older, dreams are dashed and self-doubt creeps into the minds of even the most confident go-getters. When we are children, however, everything seems possible.

Many think a parent should never get in the way of a child's goals in life. Fortunately, not many parents have three-year-olds who aspire to kill Donald Trump.

That is precisely the situation one U.S. family found themselves in when they filmed their daughter say “we're going to kill him” in reference to the presumptive Republican nominee.

Kids say the darndest things, but it's a parent's job to teach them right from wrong. From the looks of the video, this family is doing it all wrong.

See the video on the next page to witness the family's reaction: