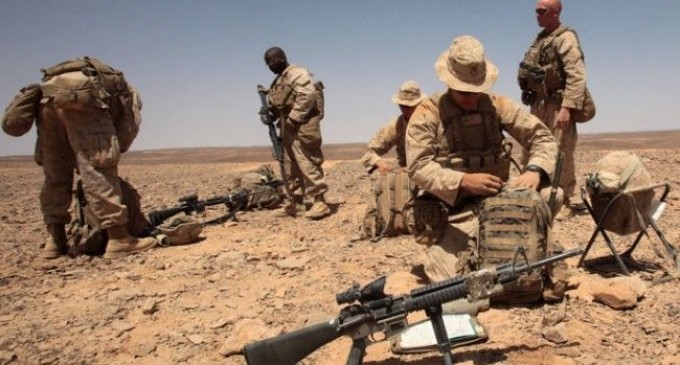 According to the statement, gunfire was exchanged after the men refused to stop at the gate and was supsequently fired upon by security forces.

Of course, any serviceman knows you always stop at the gate. Things don't add up with this story.

More from the BBC:

One was killed at the base and two others died later in hospital.
They were in vehicles approaching the gate of a military training centre at al-Jafr air base when they came under small-arms fire, the official added.
An earlier statement from the Jordanian military said the car they were in failed to stop at the gate and was fired upon by security forces.
“A total of three US service members died today in the incident in Jordan,” the official said.
“Initial reports were that one was killed, two injured. The two injured service members were transported to a hospital in Amman, where they died.”
AFP news agency quoted a US defence official as saying it was a “green on blue” incident, a military term for when friendly forces attack US personnel.
“But we can't say for the moment if it was a deliberate” act to kill US personnel or “some kind of misunderstanding,” the official told the news agency. The incident happened around midday local time (10:00 GMT). The US is working with the Jordanian authorities to gather more details about what happened, the official added.
Jordan is a close ally of the US and a member of the US-led coalition fighting the so-called Islamic State (IS) group in Syria and Iraq.
US forces have trained a small group of Syrian rebels in Jordan as well as Iraqi and Palestinian security forces.
Last November, a Jordanian police captain opened fire at a police training centre near the capital Amman, killing two Americans, a South African and two Jordanians.
The Jordanian government subsequently said the police captain had been a troubled individual but security sources said he was an IS supporter.