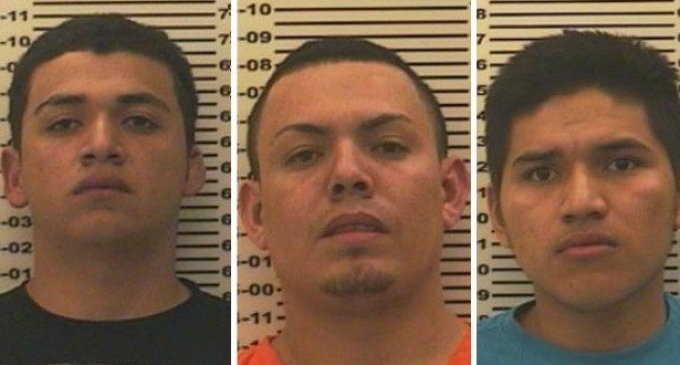 If you're looking for proof that undocumented immigrants shouldn't be allowed to stay in the United States, then look no further. Three individuals meeting that criteria are facing deportation after they allegedly raped three minors at an Indiana motel. Authorities have arrested Yonatan Ramirez-Diaz, 20, Edwin Marquina-Valesquez, 26, and Melvin Ramirez-Morales, 20, for allegedly raping three girls under the age of fourteen.

It shouldn't surprise you that these three men entered the United States illegally from El Salvador. The fact that they're facing deportation and haven't already been deported is confusing in itself.

According to investigators, the three victims were picked up in White County and were taken to a motel near Interstate 65 and State Road 114 in Rensselaer. Whether they were forced into the car or got in willingly isn't stated in any reports, but the answer to that seems obvious.

This isn't the first time something like this has happened. Recently, four brothers from Guatemala were arrested for gang rape and assault with a dangerous weapon. Apparently they'd been arrested already before that incident, but they weren't deported.

Read what happened to the three girls after the motel room on the next page.