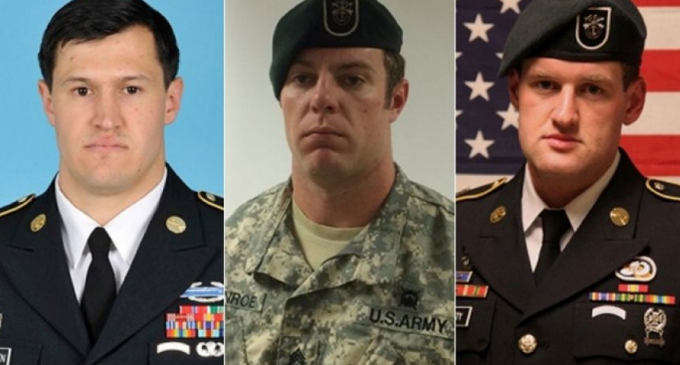 Hopefully, the era of mismanagement in the intelligence community is coming to an end. Obama and his administration will soon be gone, replaced by generals and business leaders who know how to identify the enemy and manage an organization. And the transition can't come too soon. This week, three green berets were killed due to disorganization and incompetence at the CIA.

The details of this latest attack are all-too-familiar. The intelligence community received warnings of an apparent threat, they ignored the warnings, then Americans died as a result.

Sounds a bit too much like Benghazi, no? It seems no one from the Obama administration is learning from past mistakes. They keep doing the same thing again and again and are surprised when they get the same, tragic results.

See what specifically led to the death of these three men in the report on the next page: