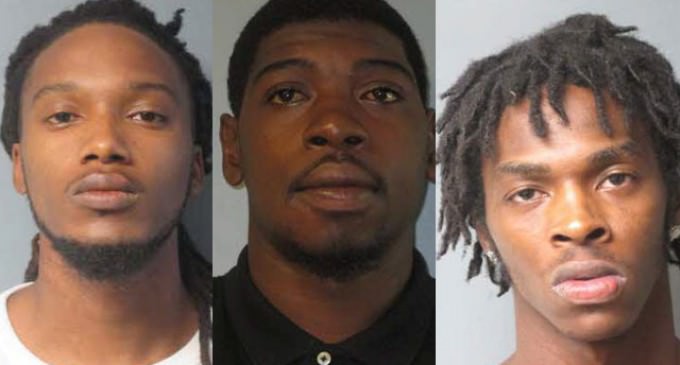 Where is Black Lives Matter now? Three black men have been charged with some incredibly heinous crimes and yet one doesn’t see the… and yet one doesn't see the BLM group coming to their defense.

Black Lives Matter only cares about what will promote their agenda, their anti-cop, anti-white rhetoric, so this case will go unnoticed by them.  Only crimes that promoted their mission will be accepted.

The three black men charged in North Carolina don't fit the BLM modus operandi. No white cops fired upon a black man, nor were there racially motivated beatings. Instead, these men were arrested after shooting at a vehicles and hitting a school bus carrying children.  The charges range from felony conspiracy to discharging a barreled weapon.

Where is the media outrage? Why doesn't the Black Caucus come out and make a statement against this type of crime?  Why don't we see the Jesse Jacksons of the world condemning this behavior?

It is because it is not something to exploit or build one's reputation around, so there is no reason to get involved.