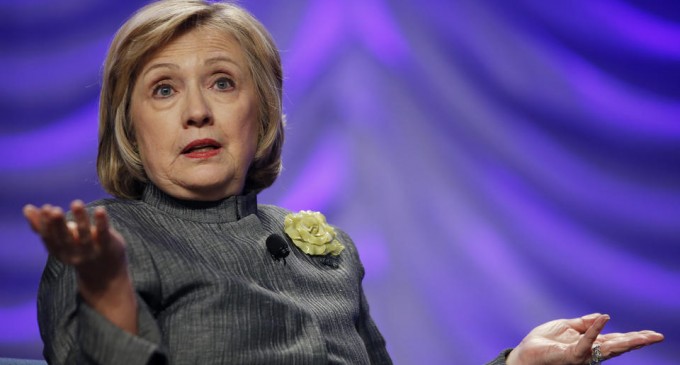 Hillary Clinton stated this week: “I think again we're way out of balance. I think that we've got to rein in what has become an almost article of faith that anybody can have a gun anywhere, anytime,” Clinton said. “And I don't believe that is in the best interest of the vast majority of people. And I think you can say that and still support the right of people to own guns.

“Anyone can have a gun anywhere, anytime,” what a great idea Hillary! Ok…let's have a little pseudo Thought Experiment based on that notion.

Q1: You are a criminal and you want to rob a liquor store with your illegally obtained firearm in another city. Which city do you chose:

a) Clintonville: nobody owns a gun here

b) Jeffersonville: law dictates that everybody over 18 own a gun and wears it on their hip all the times

Excluding criminals that have a death wish, most would probably chose to rob defenseless people, not venturing into a city where you are vastly outgunned.

Q2: Which city SHOULD gun control liberals who believe in Darwinism favor living in:

Seeing how Darwinism basically states that the those less ability to survive, by being less intelligent or more anti-social, for example, will weed themselves out of existence in favor of those who are more capable, you would think that Darwinistic gun control advocates would favor more guns.

You know, let those who are dumb enough to commit a crime in a room full of people packing iron weed themselves out of existence kinda thing. But…whoever said progressives were ‘consistent'.

Q3: Which city is most likely to have citizens with higher levels of trust amongst themselves:

Clintonville outlawed guns on the notion that people can't be trusted with guns. Jeffersonville mandates that people own guns so there would have to be more trust in the average person to be responsible.

Q4: Which city would have citizens with a greater level of responsibility and emotional maturity:

The citizens of Jeffersonville are carrying around a deadly weapon on their hip. Each person's lives depend on them being thoughtful of their actions because if you get too crazy, well, you might get shot.

The citizens of Clintonville are being coddled by the government. What happens if you coddle a child too much? Well they don't seem to grow up do they? There is no impetus to mature if you're constantly treated like a baby.

Q5: If a sociopathic communist rises to power, which city would be most likely to end his ambitions quickest:

Seeing how the government would retain guns while the citizens are disarmed, Clintonville would probably not favor too well. Jeffersonville, however.. would scare the hell out the communist.

Thanks for your participation, although it's not a Thought Experiment in the strictest sense of the word, it certainly is more scientific than what your average gun control advocate has engaged in.