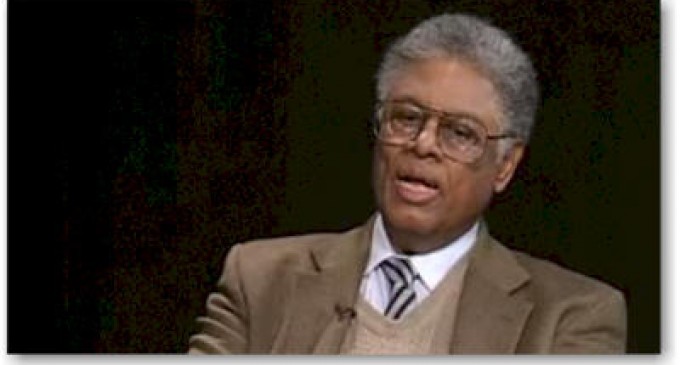 “…the question becomes, are you going to have everyone play by the same rules, or are you going to try to rectify the shortcomings, errors and failures of the entire cosmos? Because those things are wholly incompatible. If you're going to have people play by the same rules, that can be enforced with a minimum amount of interference with people's freedom. But if you're going to try to make the entire cosmos right and just, somebody has got to have an awful lot of power to impose what they think is right on an awful lot of other people. What we've seen, particularly in the 20th century, is that putting that much power in anyone's hands is enormously dangerous.”

Photo: Thomas Sowell by Unalienable Rights by GOD- not Executive Order, on Flickr