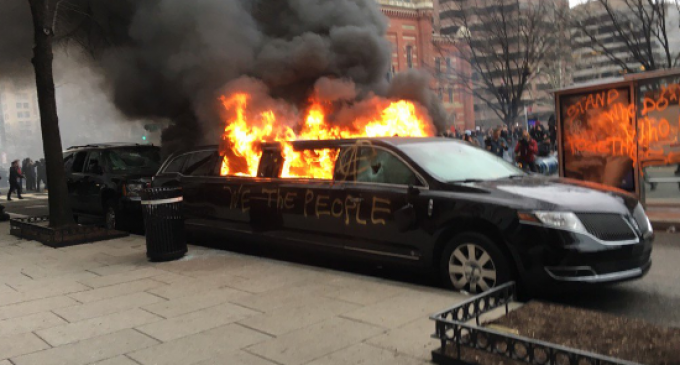 Splinter, a top liberal website with 586,000 followers on Twitter, has issued a warning to Republicans that 70's style bombings are on the way. This warning should also be considered a call to arms issued to provoke the unhinged left.

Unfortunately, these types of messages stand a good chance of working. In just one short week, the left has gone from harassing and abusing Republicans at restaurants (something that would have been unthinkable not too long ago) to bomb threats.

The left-wing terrorism of the 1970s was largely the work of the Weather Underground Organization (WUO), an American militant radical left-wing organization that was founded in 1969 on the Ann Arbor campus of the University of Michigan. According to FBI statistics, the US saw more than 2,500 bombings in just 18 months between 1971 and 1972. Virtually none of the crimes were solved and no significant prosecutions took place.

With the left looking more and more volatile and downright insane with each passing day, we might not be too far off from seeing such violence again. One group is already calling for it. Details on the next page: