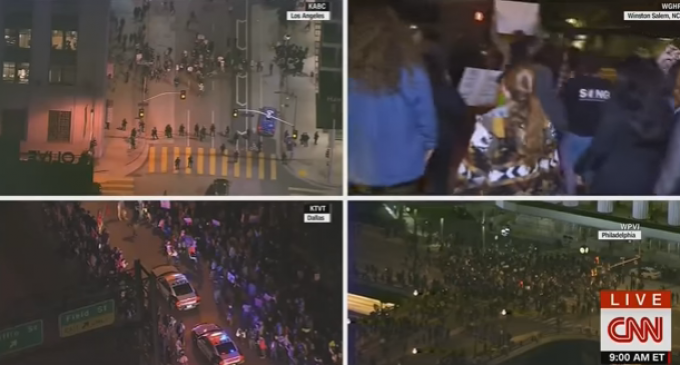 This week, the left's demonization of white America cost them the presidency. But they aren't stopping the attacks. They're getting bolder.

Historically, racial groups tend to vote in blocks. Blacks, Hispanic, and Asian Americans all generally vote heavily in favor of same party because they have a sense of shared identity. That's why rich blacks and poor blacks are almost indistinguishable politically — because they feel their fates are tied.

For years, white Americans have lacked that sense of shared identity. That changed in the run-up to the 2016 election. Suddenly, “whiteness” was under attack.  “White privilege” became a buzzword across college campuses. “All lives matter” was deemed hate speech. White men, in particular, began being blamed for all of the world's problems.

This was all done in order to motivate minorities. It had the opposite effect. Disaffected white Americans turned out for Donald Trump in record numbers — and he won.

Despite the fact that the tactic failed spectacularly, the attack on white Americans is continuing post-election. See images and video from the latest anti-white protest on the next page: