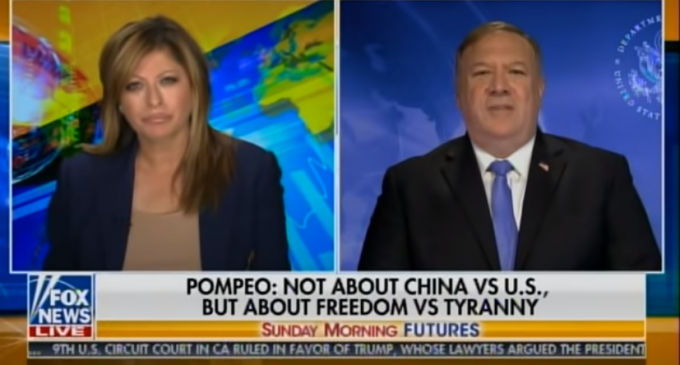 In 2013, when California Senator Dianne Feinstein led the Senate Intelligence Committee, the FBI informed her that her staffer was a spy for China – clandestinely sharing information with the San Francisco Chinese consulate, which Feinstein just happened to help open when she was mayor. Incredibly, she allowed the man to retire instead of having him brought up on charges of espionage.

Was there ever an investigation into the Senator colluding with China? I think you know the answer to that question. Not only is Feinstein regarded in the Senate as a “China dove,” but her husband has made millions in Chinese business dealings with her as top Democrat in energy, intelligence, and foreign affairs.

“We hold China as a potential trading partner, as a country that has pulled tens of millions of people out of poverty in a short period of time, and as a country growing into a respectable nation amongst other nations,” Feinstein said. “I deeply believe that.”

The committee convened to discuss a bill that would allow U.S. citizens to sue the Chinese government for damages stemming from the current ‘Chinese' pandemic. Predictably, Feinstein argued against allowing Americans to sue the communist nation, claiming such a move would open the U.S. government to lawsuits by other foreign nationals.

On Sunday Morning Futures with Maria Bartiromo, Secretary of State Pompeo surely rattled the Senator a bit when he lofted the remark that ‘something's not quite right' regarding her and the relationship he has with China. Turn the page for details and video.