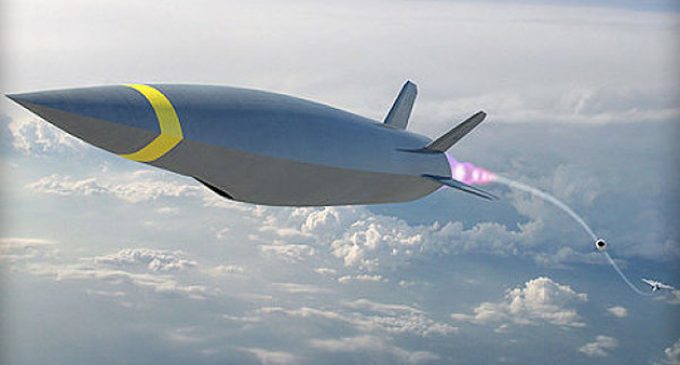 In a compelling piece by William Patalon III for Money Morning, he tackles the words of Admiral Harry Harris, commander of the U.S. Pacific basin, pointing out that the naval officer had highlighted three immediate risks to the United States in regards to North Korea.

Risk 1:  That North Korea will succeed in its efforts to create sub-launched ballistic missiles – an achievement that will put the Mainland United States within range of the threats being made by Pyongyang's Kim Jong Un.

Risk 2:  That China's militarization of the South China Sea – coupled with its lack of “transparency” (military speak for “we have no damned idea how far they will push things”) – creates a major risk for America and its allies in the Pacific Rim.

Risk 3:  And that China and Russia will succeed in creating conventional and nuclear-tipped “hypersonic” weapons – leapfrogging U.S. leadership (and stalled programs) in these areas, resulting in a new-and-real threat that the American military can't currently defend against.

Kim Jong-un, a man of questionable sanity (as well as deity) has said that he intends on striking the United States and its allies with nuclear weapons.  Admiral Harris believes that to be a true statement and takes the North Korean leader at his word.  In a lively exchange with Senators and Representatives in Congress, the Admiral went so far as to assure the lawmakers that he disagreed vehemently with their sentiments that Pyongyang would never use nuclear technology against us.

For his part, he went so far as to warn Hawaii to begin beefing up its missile defense systems for fear that they may be an early target.

Admiral Harris' fear was no so much for those intercontinental missiles fired from the Korean peninsula, so much as those that could be launched by submarines much closer to home.

As for the South China Sea, America has been in a battle of dominance and presence in this body of water for decades.  China has claimed that the entire ocean is its to command and to patrol and enforce.  The United States has been keeping close tabs on Chinese construction there of artificial islands as military bases, as well as its enforcement on other nations of no-fly zones which encroach upon the very reaches of the Antarctic.

The biggest threat, however, is that of the third risk, which is the construction by China of so-called “hypersonic” weapons.

Read about these, see video on the following page.