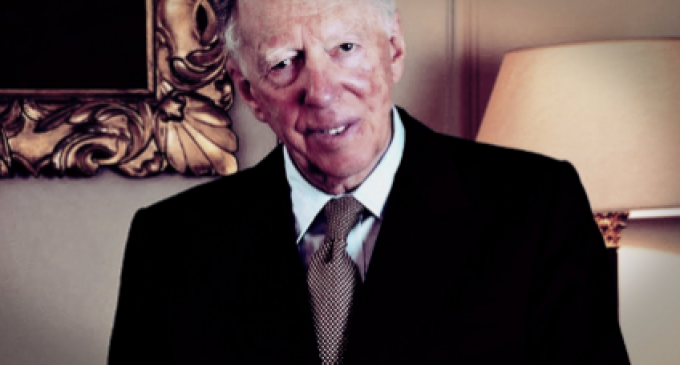 If you've ever wondered how it is that the Clintons or the Bushes are able to make so much money and hide it, you might want to delve into one of the oldest banking families in history.

Leftists are obsessed with wealth, as evidenced by their constant attacks on the wealthiest Americans, most of which, by the way, are Jackass Party members.  Not to mention the fact that many of the most powerful government officials stand arm-in-arm in solidarity with their Wall Street buddies and lobbyists.  Do you think that Maxine Waters has ever thought twice about looking in her purse before purchasing new shoes or booking an appointment at the local hairstylist?  This woman doesn't even live in the impoverished district she represents?  As for Hillary Clinton, she's benefitted from the very system she pretends to loathe.  Her husband and she have been supported by Leftist organizations, world leaders, and Right-wing conglomerates for many years through their very questionable Clinton Family Crime Foundation.

As for the richest members of society, the Warren Buffets and Bill Gateses of Left-wing persuasion, are quick to speak on behalf of all wealthy individuals.  But I don't recall hearing a vote from these same wealthy individuals nominating Gates or Buffet as president of the Wealthy Slobs Giveaway Program, do you?  Interestingly, although these people mouth off about the wealthy in America who are not giving a full 90% of their earnings to be wasted by the United States government on trash programs and backroom deals with Establishment cronies, they are very mum on one of the most tightly kept secrets in the wealth and power world:  The Rothschilds.

Read on the following page how a family whose treasury accounts for an estimated five times the amount of combined wealth of all the world's richest men and women and has managed to somehow evade the prying eyes of financial reporters for the past 150 years!