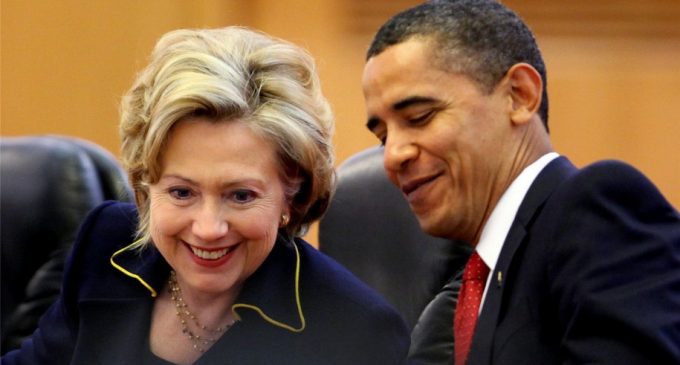 With each new batch of leaked emails from John Podesta the public has been shown a growing pile of evidence of Hillary Clinton's shady, immoral, and unethical behavior, but among recent releases something even more ominous has been revealed and it's not even related to Hillary Clinton, at least not directly.

Remember: Podesta sat as co-chair of President-elect Barack Obama's “transition team,” a nonprofit tax-exempt organization assembled during the height of Obama's 2008 Presidential campaign, well before the outcome was known, to begin making preparations for Obama to take office. This included decisions about senior-level administration jobs. Some of the leaked emails from this time include discussion of key staffing proposals, which would influence how the country would be run after Obama took office.

What's unusual is who appears to be dictating who would fill cabinet positions and other senior jobs.

Find out who was really pulling the strings and choosing Obama's administration as early as October 6th, almost a month before the election on November 4th, according to leaked emails, on the Next Page: