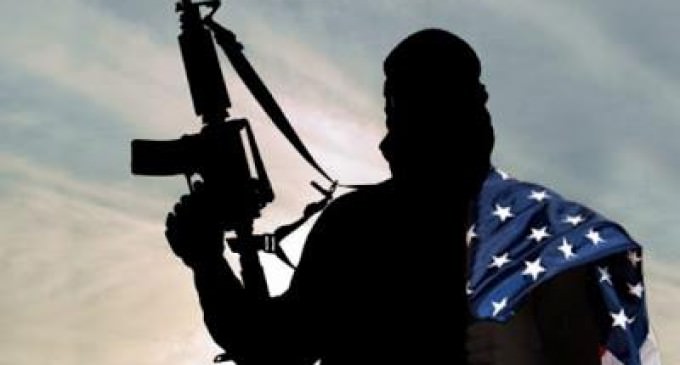 Greg Littell, writing for a Western Nevada journal called “The Union,” has said in a op-ed article that the idea of armed rebellion against a tyrannical United States would be impossible because of a perceived weapons disparity. Essentially, Mr. Littell believes that a militia conceivably armed with AR-15s would be forced to back down because this tyrant could threaten to use nuclear weapons. Therefore, the only “rational course” to take would be Gandhi-esque civil disobedience and that refusing to work would grind the tyrannical government to a halt. Let's back up a little and really analyze what Mr. Littell is saying.

First of all, let's not be Polly-Annish about this. Barack Obama has already enforced his will on federal and state governments repeatedly in order to instill his liberal agenda on the American citizen. Between stuffing Syrian “refugees” into whatever corners of America will take them, attacking our Second Amendment rights, and repressing Christian Americans, Obama could already be called something of a tyrant. All that really remains between Barack Obama leaving office in 2016 and Barack Obama becoming President-For-Life is the support of the military. However, Obama has repeatedly slandered military leaders and attacked military establishments and traditions, so it is safe to assume the military would not back an Obama-led dictatorship. Any overtures of retaining his Presidency after the end of his office term would be quashed by the dutiful generals who serve on behalf of the American people.

Secondly, why would soldiers launch nukes on their own homes? Greg Littell is laboring under a literary fantasy more befitting a Tom Clancy novel than domestic politics. Mr. Littell's genocidal fantasy may work for his own whims to quash Obama-dissenters, but fails to consider that the men behind the button are better Americans than he is and would be unwilling to act so coldly on their own families. One wonders what Mr. Littell imagines he would do?

Let's accept the scenario Mr. Littell has given us. What would you do if Obama wrested control of the military, enacted martial law and you've taken up arms to cast him out of power? If this is the case, how would patriots get around federal maneuvers to launch nuclear missiles on American cities?

Read out more about Greg Littell's article and a counterpoint on page 2.