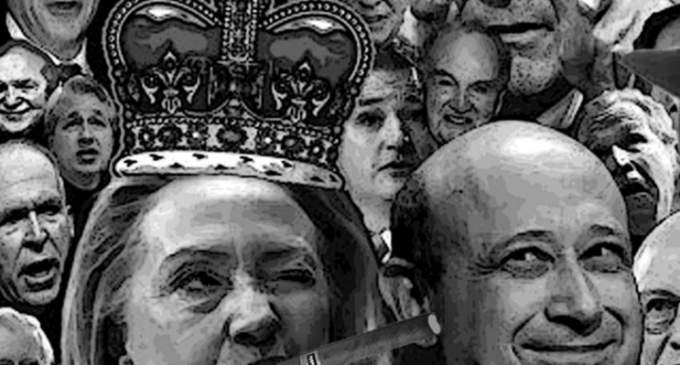 In the game of sociopolitical chess, have everyday Americans outsmarted the so-called “elites?”

Well, the short answer is yes. However, let’s delve into the long answer and how the elite class has been wittingly delegated to the “kid’s table” of politics by the very people it deemed “too stupid to understand the big picture.”

The Google definition of the word “elite” is as follows: “a select part of a group that is superior to the rest in terms of ability or qualities.”

Merriam-Webster has a slightly different one: “the choice part; the best of a class; the socially superior part of society; a group of persons who by virtue of education exercise much power or influence; members of the ruling elite.”

Finally, there’s the Oxford Dictionary that defines it as: “a select group that is superior in terms of ability or qualities to the rest of a group or society; a group or class of people seen as having the most power and influence in a society, especially on account of their wealth and privilege.”

As we can see, there are only two qualifying categories that catapult a person into the position of elitist. These are education and wealth. Taken separately, they represent a large cross-section of American society.

For instance, at least three-quarters of the population go on to some form of advanced education in colleges and universities or trade schools. Remember, however, that in the eyes of elitists, not all education is of equal value. And while America has spawned the largest number of millionaires over the past three decades, wealth alone does not put one in the elitist driving seat.

In the opinion of elitists, in particular, a “good” education is nothing more than an Ivy League education, either at Princeton, Harvard, Columbia, Brown, Yale, Cornell, Dartmouth, or the University of Pennsylvania. Leftists pose a slight difference of opinion to those of the traditional elitist. They view other higher platforms of learning as somewhat equal (if not superior) to those of the vaunted halls on the northeastern seaboard (especially those in the State of California, i.e., Berkeley).

Regardless of the Ivy League college, prep schools and social clubs are the bread and butter of the elite class. One must demonstrate a certain aptitude in social awareness in order to “fit in” with elite society.

Wealth is another of these qualifiers for elitism, without which one is powerless. Wealth is an important gauge to those of the superior class. New money is never looked upon with the same approving eye as that of old money. Donald Trump is a good example of this particular outlook.

The Trump family (Donald’s parents and grandparents) were never part of the ruling class of Long Island. His family was continuously shunned by the elite class, regardless of their wealth. This ultimately led to Donald Trump building and owning his own set of country clubs around the globe. If they weren’t going to let his family in, he would build his own.

The two qualifiers of education and wealth brought influence, power, and privilege. Elitism was, once upon a time, a very narrow slice of societal representation. They were select in who could be part of this special caste. Men made up nearly 80-85% of the elites and minorities were nearly non-existent; but it was designed this way.

With the advent of eugenics during the Progressive Era in the late 19th and early 20th centuries, whereby elite society considered a method of preserving and improving the dominant groups in the population by force sterilizing those that they deemed genetically inferior, elitism descended from the pedestal-above-all-others to a seat beside Adolph Hitler (himself influenced by English and American eugenics theory).

Elite theory has evolved through the decades. It opposes pluralism which assumes that every social group has equal power and will balance the democratic political outcome of any situation, representing the will of society. Elite theory poses the argument that democracy is Utopian folly.

Elitism depends upon a working class society and preys upon its labors. The politicians in Washington go to painstaking means to appear to the rest of America as if they are above everyone else in the subject of knowledge and morals.

This is evidenced by their wink-and-nod mentality when they explain that they alone are privy to information about national security that is so far beyond our capacity to understand that they have taken the burden upon their own shoulders of making decisions on our behalf that are too laborious for us to maintain.

Additionally, how many times are we to be subjected to their “moral outrage” at what Donald Trump has Tweeted, or what Ted Cruz has suggested, or what has been proffered by the Tea Party movement. Does anyone actually believe that Maxine Waters, Mitch McConnell, Nancy Pelosi, John Boehner, Barack Obama, John McCain, Harry Reid, Lindsay Graham, Chuck Schumer, or Hillary Clinton care anything about the everyday American? Does anyone believe them when they say they “feel our pain?”

The election of Donald Trump has effectively turned all of this elite theory upside down. It cannot be argued that they continue to believe that this election means nothing in so far as their power base being affected. In some ways, they are not mistaken. They still hold the wealth, which continues buys their power and influence.

What they don’t have is the power of moral superiority. They never really possessed it in the first place, but managed to convince themselves of this during the Progressive Era. The recent election showed their arrogant disregard for what was good for America. Like it or not, democracy worked and they can’t stand the results.

As we speak, the elitists are working behind the scenes feverishly attempting to undermine every gain taken by the People. Through their condescension, they continue to tell themselves their version of “reality” that democracy actually didn’t work and that they remain in tight control of all things elite.

Which leads us to the whole debate over the word “elite”.

These arrogant snobs were not able to push a horrible candidate through to the White House. They chose Hillary (which is ironic, considering that her and her husband are considered “new money”) and supported her even when she made her “deplorables and irredeemables” comment. Although she collapsed (figuratively and literally) along this failed attempt to usurp further power from the People, the elite class stood by her.

Conservatives as well regarded Hillary far above anyone in the Trump mold. These Ivy League elites abandoned all pretense of support for the Republican candidate once they began to realize that the very imbeciles for whom they had so much abhorrence, may actually take the presidency. Which is exactly why Conservative pundits like George Will so quickly and angrily lashed out against Trump and his supporters. To this day, he continues to trash the People who legitimately elected their man, pandering to the Leftists narrative in order to ingratiate himself to that sect of elitists.

The elites lost the election. As well, they lost the debate over illegal immigration. There’s no question that the recent wave of support for building the wall, rounding up criminal illegal aliens, and defunding so-called sanctuary cities has teeth. You can tell by the way the elites have softened their tone in reference to this subject.

Elites have lost the debate on education. They needed all those too poor or unfortunate to stay away from true achievement. Without solid education, the working class remains the working class. With school choice comes the possibility of some climbing out of poverty and limited choice of public education and entering those very places of higher learning on which elites base so much of their superiority.

While the People have not gotten everything they wanted, Trump’s term is only in its infancy. There are many more years to go and it appears that this New Yorker is not going to slow down anytime soon. That being said, the time has arrived that the elites assume their rightful position.

They are not superior in education, clearly demonstrated by their lack of foresight in their unflagging support of Hillary Rodham-Clinton. They are not superior in wealth, clearly demonstrated by the working class (not the elites) being the largest source of charity to the underprivileged. Who else understands poverty, but those who were poverty-stricken themselves?

Being that the elites have neither superiority in education nor wealth, where does that leave them? It leaves them in the position of loser. If the elites were a hockey team, they would currently be on a death-spiral-styled losing streak with no chance at the playoffs.

If the elites cannot claim success through their many clandestine and underhanded methods, it must be assumed that they are not “elite.” The American military is considered by most nations to be an “elite” fighting force, for obvious and valid reasons. If our awesome military entered combat and consistently came back home losers, how could they possibly be called “elites?”

If these snotty, uncharitable, over-privileged individuals have degenerated to the level of loser, doesn’t that place the so-called populist, nationalist party in the seat of the winner?
We need to discontinue the practice of referring to these condescending snobs as “elites”. Rush Limbaugh, Sean Hannity, and others who routinely refer to them as such now need to evolve to the next plateau of reality.

The American people are (and in my humble opinion always have been) the elite, ruling class.