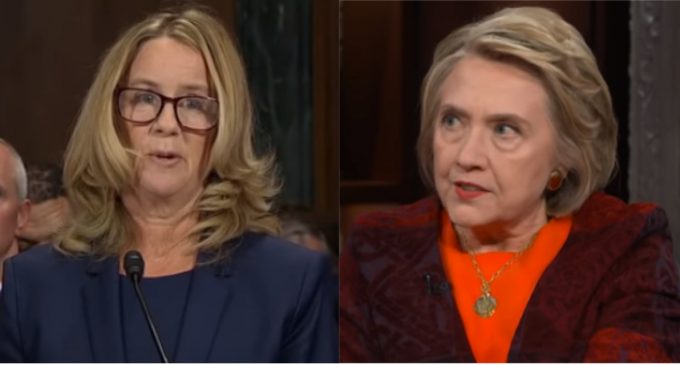 Ties between George Soros and Judge Brett Kavanaugh's accuser, Christine Blasey Ford, was established by The Daily Caller that found “a new political advocacy group that vowed to put $5 million behind an effort to stop … Kavanaugh’s confirmation has significant ties to the liberal financier” George Soros.

The group, Demand Justice, was established in 2018 and its money comes from a group called the Sixteen Thirty Fund, which has received around $2.2 million from the Open Society Policy Center, one of Soros’ groups. Demand Justice’s entire mission is to advance the liberal agenda through the courts.

Add to this the fact that Debra Katz, Christine Blasey Ford's attorney, is vice chair of the Project on Government Oversight, an organization that has been directly funded by Soros’ Open Society Foundation.

Soro's hand was easily discovered as having stirred up chaos in the Kavanaugh Senate Judiciary Committee's confirmation hearing. But now even Hillary Clinton's connection is coming to light. Turn the page for details.