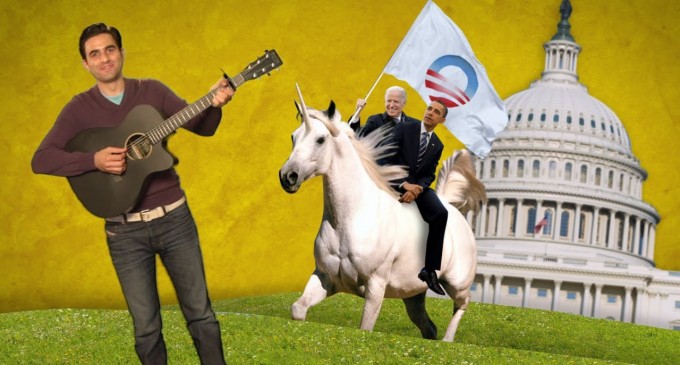 This about sums it up!

Reason’s Remy Munasifi has once again fused comedy, music and politics into a catchy tune that will probably have you laughing and nodding in agreement.

Mocking the White House’s Obamacare video contest, which offered up $30,000 in prizes, Munasifi wrote his own “Obamacare Video Contest Song.”

Here’s a small taste of the lyrics: What’s hated by unions has businesses wary and dropping coverage like the ‘Skins secondary? Causing thousands of layoffs taking it’s toll? What’s so good for people that they’re forced to enroll? What’s a law that’s so good folks who passed and defended it see it and got waivers to be exempted? It’s like Olestra, at first it sounded hip but we quickly found ourselves dealing with a whole lot of sh… Obamacare, Obamacare Unions and businesses both in despair