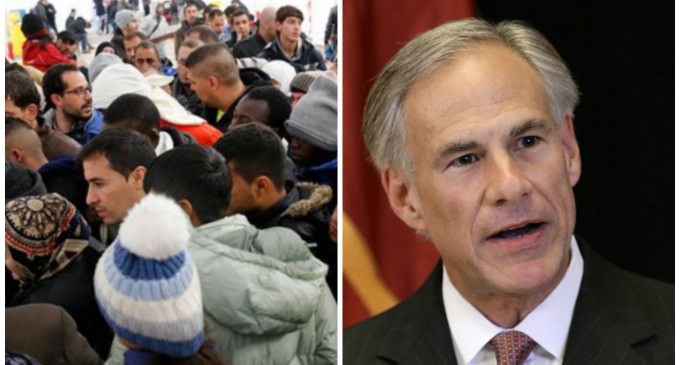 After startling, but perhaps expected, reports that terrorists got into Paris last week by posing as Syrian refugees, many American politicians are turning their attention to Obama's plan to immediately bring 100,000 supposed refugees into the United States of America.

In response, Governor Greg Abbott (R-TX) has written a letter to President Barack Obama telling him that Texas will take no part in his plan to relocate thousands of Syrian refugees into the state of Texas.

He also pleaded that the president stop the program altogether, and was joined by many other conservative governors in his calls to end the acceptance of these strangers — and potential terrorists — onto our shores.

President Obama must stop the influx of these people into our country, or he puts us at risk of another large-scale terrorist attacks.

While ISIS has claimed that American blood will soon spill, Obama seems all too willing to let the impending catastrophe happen.

To read Governor Abbott's letter to Obama, continue on to the next page: