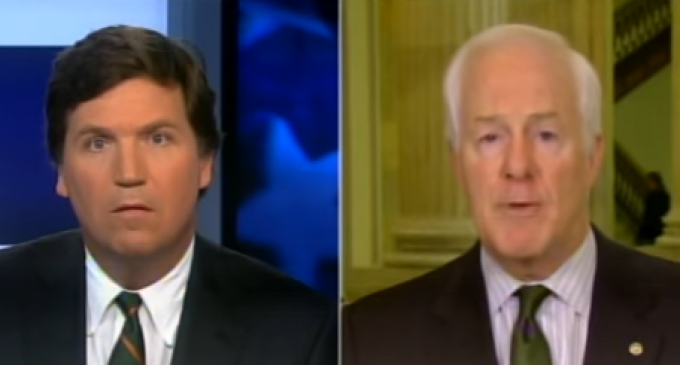 Texas Senator John Cornyn might be a Republican from a deep-red state, but he doesn't seem to know much about the average Trump supporter.

The wall, in particular, might be Donald Trump's most popular policy. Trump certainly seemed to think so. While on the campaign trail, Trump confessed that he would circle back to “the wall” whenever his speeches lingered off-topic for too long.

But Senator Cornyn doesn't seem to think the wall is that important. In fact, he thinks that the people of Texas — who voted overwhelmingly for Trump — don't want a wall at all.

It's an odd statement coming from a representative of the nation's largest border state.

Watch him argue that Trump supporters don't actually want a wall on the next page: