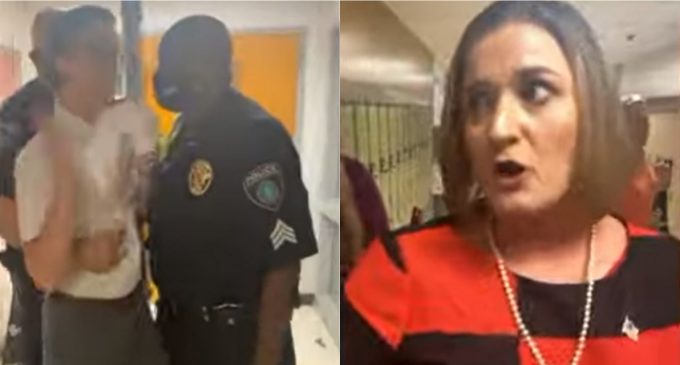 The battle between a group of Round Rock ISD parents and the school district in Texas heated up on Tuesday after the school board greatly limited the number of people who could attend the meeting. Video surface of the police physically removed one parent who ignored the restriction to enter while a crowd stood outside chanted “Let us in.”

The school board had removed chairs for previous meetings supposedly as a social distancing measure. Parents who signed up to speak on Tuesday brought their own chairs knowing the school board would remove most of them – thereby allowing approved persons to attend due to a ‘limited capacity.’

Two school board members, Mary Bone and Danielle Weston, left the meeting in protest after having repeatedly demanded that the board vote to allow more people in.