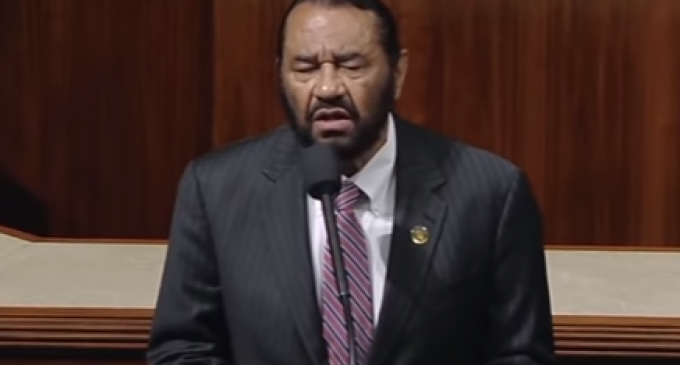 A Democrat in Texas has announced that he plans to start the process of impeachment against President Donald Trump.

This development shows just how detached from reality Democrats have become. Beyond the fact that there are no reasonable allegations worthy of impeachment against Trump, Democrats have neither the support nor the will to move forward with the process.

Reasonable Democrats — if there are any left — have become increasingly aware of the ramifications impeachment would have on their own party. More than anything else, it would be seen as a way for the losers to nullify the results of a democratic election. They also simply don't have the votes. Democrats don't even have a majority in the Senate but need a 2/3rds vote in order to impeach.

So they're going to lose no matter what — but that hasn't stopped the most insane on the left from moving forward anyway.

See why Rep. Al Green wants Trump impeached on the next page: