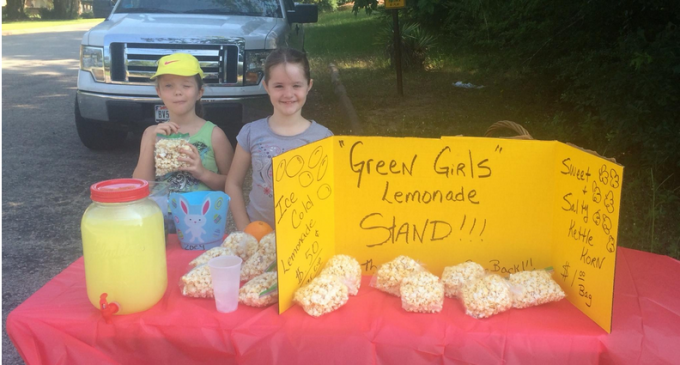 Police in Overton Texas saved their city from two little girls selling lemonade at an illegal stand. Zoey and Andria Green, seven and eight respectively, wanted to raise money for Father’s Day, hoping to take him to the Splash Kingdom water park.

But the little girls entrepreneurial spirits were dashed when the police showed up and shut them down. Ever the clever spirits, however, they figured a way around the boots of city authorities.