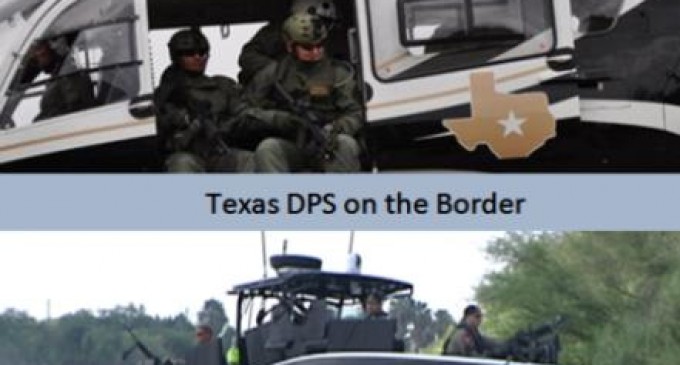 Texas Dept. of Public Safety (DPS), has been funded with $1.3 million per week to implement a law enforcement surge to protect the Texas/Mexico border, as directed by Texas Governor Rick Perry, Lt. Gov. David Dewhurst, and Speaker Joe Straus.

State Representative Debbie Riddle (R-Tomball) stated “Governor Perry is very angry that the feds are doing nothing about this problem.” She continued stating, “I didn’t expect the feds to do anything.”

“They are gathering together everything they need to begin this right away,” Riddle said. She told Breitbart Texas that she could not divulge any information about exactly when, how long, and where the surge would be for reasons of operational security. She also could not disclose what the operational objectives would be at this time.

Riddle said, “We are going to feel this particularly here in the Houston area because of Houston’s role as a command and control center for the cartels–for both their drug and human trafficking operations.” She added that Texas Department of Public Safety Director (DPS) Steve McCraw told her last week that Houston is still the hub for these operations.