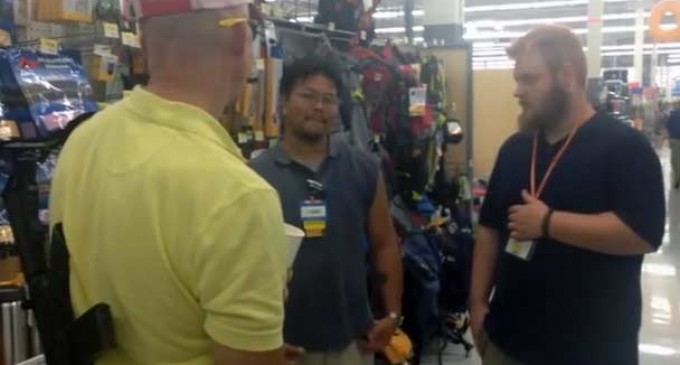 About 16 participants, armed with an assortment of semi-automatic and bolt-action rifles, walked down Center Street and Abram Street to draw attention to a law they say is absurd.

30-year-old Daniel Wood explained the protest to the Arlington Voice:

Huntsville, Texas:
Watch the video below to see what happened in a separate experiment when Pastor Terry Holcom Sr. exercised his open carry rights by visiting a series of local businesses with his AR-15 Bushmaster.

Holcomb told news station KHOU, “We don’t want to carry our long guns. We would prefer open carry our handguns. But since this is the option they give us this is what we do and we’ll continue to do it until they remove that restriction.”

Do you agree the open carry restriction should be eliminated? Share your view in the comments below.