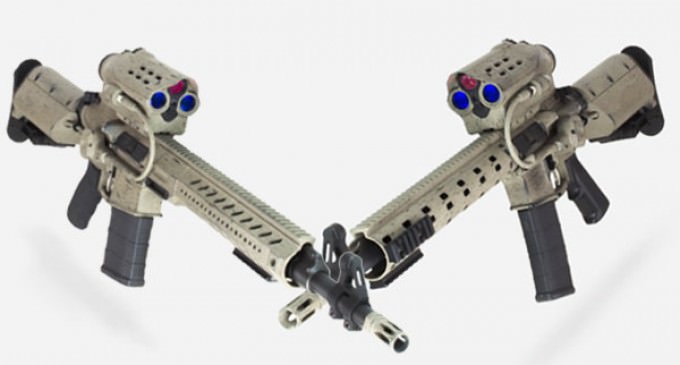 Are you looking to put a team together for fighting ISIS in the Middle East? Is the only thing stopping you the cost of weapons? Well you're in luck. TrackingPoint, a firearm company based in Austin, TX, has said that they will give ten free M600 or M800 rifles to any United States organization that can bring them to the Middle East to be used in the fight against terrorism.

While that might sound like something from an infomercial or a recruitment video from the '90s, the offer is actually very real. The Texas company has proven its effectiveness at killing paper and wild boars, but before they start reaching for government contracts, they'll need some battle testing, and the company CEO, John McHale is more than willing to take a financial hit for a greater reward. This announcement comes just a week after TrackingPoint hosted the “American Sniper Shootout” where Taya Kyle defeated the NRA World Shooting Champion Bruce Piatt.

Read more about this offer on the next page.