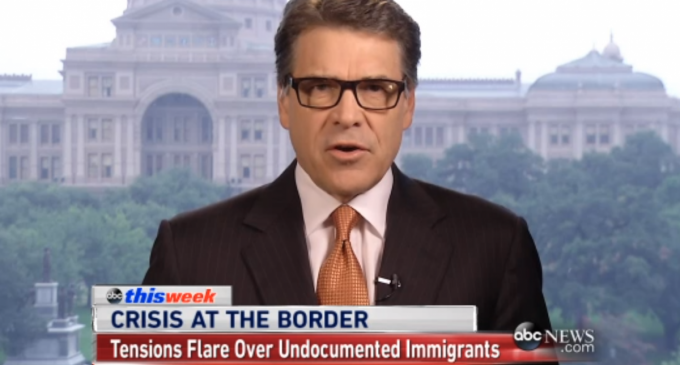 Instead of giving Obama the photo op he wants – Texas Gov. Rick Perry told Obama to actually meet with him instead of wasting time on the tarmac:

In his letter to the president:

“I appreciate the offer to greet you at Austin-Bergstrom Airport, but a quick handshake on the tarmac will not allow for a thoughtful discussion regarding the humanitarian and national security crises enveloping the Rio Grande Valley in South Texas,” Mr. Perry wrote. “I would instead offer to meet with you at any time during your visit to Texas for a substantive meeting to discuss this critical issue.”

Obama is going to Texas to campaign, going to 2 fundraisers instead of actually being hands-on with the crisis, as Perry illustrates with his refusing to shake the hand of our Campainer-In-Chief.

Recently Perry stated Obama ‘doesn't care' that the border isn't secure and went so far as to say the federal government ‘is in on this somehow.” Perry continued stating, “I hate to sound conspiratorial but how do you move that many people from Central America across Mexico and into the United States without there being a fairly coordinated effort.” 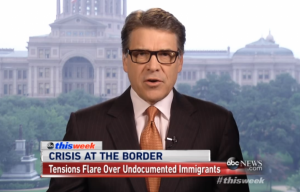