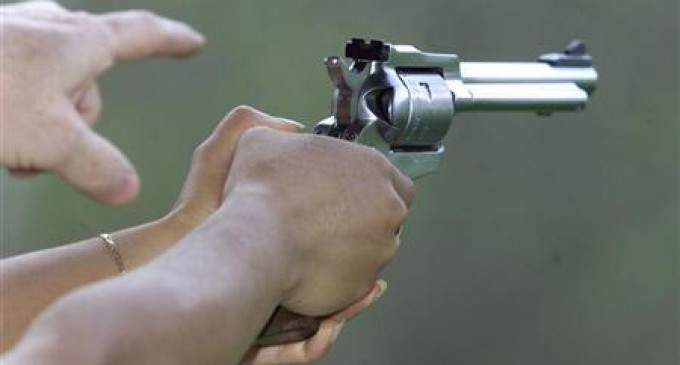 A new law went into effect in Texas that expands citizens power to defend themselves with firearms.

The law extends a persons right to ‘stand their ground’ and use deadly force if they are threatened in their car, home or workplace.

“The right to defend oneself from an imminent act of harm should not only be clearly defined in Texas law, but is intuitive to human nature,” states Governor Rick Perry.

Our prediction of the law’s effect: a reduction in crime.

(Reuters) – Criminals in Texas beware: if you threaten someone in their car or office, the citizens of this state where guns are ubiquitous have the right to shoot you dead.

Governor Rick Perry’s office said on Tuesday that he had signed a new law that expands Texans’ existing right to use deadly force to defend themselves “without retreat” in their homes, cars and workplaces.

“The right to defend oneself from an imminent act of harm should not only be clearly defined in Texas law, but is intuitive to human nature,” Perry said on his Web site.

The new law, which takes affect on September 1, extends an exception to a statute that required a person to retreat in the face of a criminal attack. The exception was in the case of an intruder unlawfully entering a person’s home.

The law extends a person’s right to stand their ground beyond the home to vehicles and workplaces, allowing the reasonable use of deadly force, the governor’s office said.

The reasonable use of lethal force will be allowed if an intruder is:

– Committing certain violent crimes, such as murder or sexual assault, or is attempting to commit such crimes

– Unlawfully trying to remove a person from a protected place.

The law also provides civil immunity for a person who lawfully slays an intruder or attacker in such situations.

Texas joins several other states including Florida that have or are considering similar laws.

Sympathy for violent offenders and criminals in general runs low in Texas, underscored by its busy death row. The state leads the United States in executions with 388 since the death penalty was reinstated in 1976 by the U.S. Supreme Court.

A conservative political outlook and widespread fondness for hunting also means Texans are a well-armed people capable of defending themselves with deadly force.

It is easy to acquire guns over the counter in Texas and lawful to carry a concealed handgun with a permit.