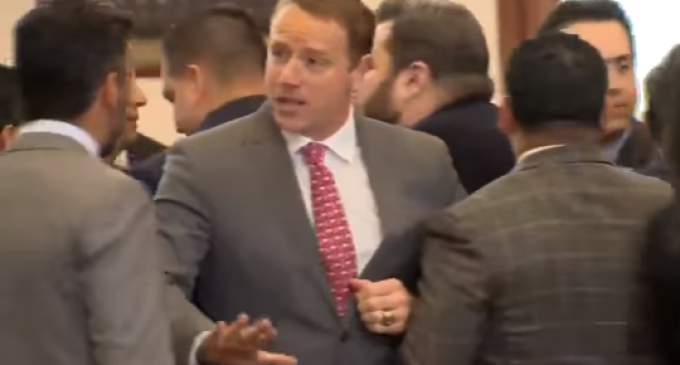 On the last day of the session for the Texas Legislature yesterday, a near brawl broke out between Democrat and Republican representatives over a GOP rep’s threat to call Immigration and Customs Enforcement (ICE) to arrest illegal immigrant protesters in the House gallery.

Dramatic video of the altercation, followed by dueling Twitter posts, just heightened the tensions between the two camps.

Both sides accused the other of issuing threats of physical harm and even death. Whatever the case might be, it was absolutely clear that the Democrats swarmed toward the Republican on the floor of the Legislature in a very threatening manner.

Find out what sparked the melee and how both sides are responding on the next page.