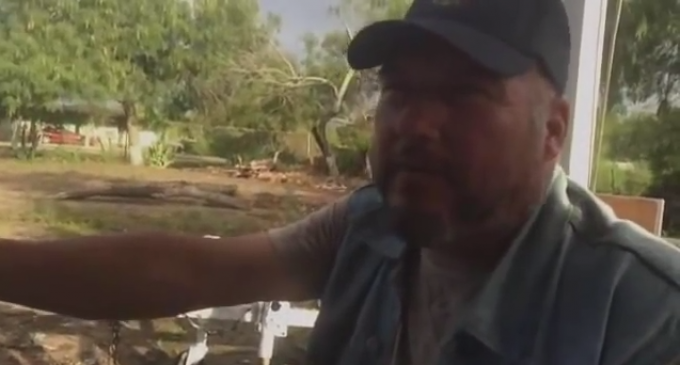 This interview with lifelong Texas border rancher, Cuban “Rusty” Monsees details how he is fighting the Mexican drug cartel and calling on Texas veterans for help.

The Mexican drug cartel is taking over ranches along the border by using death threats, assault, and  even attempted murder to drive ranchers off their land.

Rusty describes how Border Patrol picking up Muslim men from Somalia, Iran, Iraq, Syria, and says “when they [Border Patrol] take them in, they’ll disappear – they’ll take them somewhere – and even the records will disappear.And I asked one of them ‘what’s the deal on the records’ and he said ‘that’s an order from way up the line, up in DC – they don’t want anybody to know how many are coming through’…they [the local Border Patrol agents] keep records but the records disappear, out of the mainframe – out of the computer – and the paper records too.”