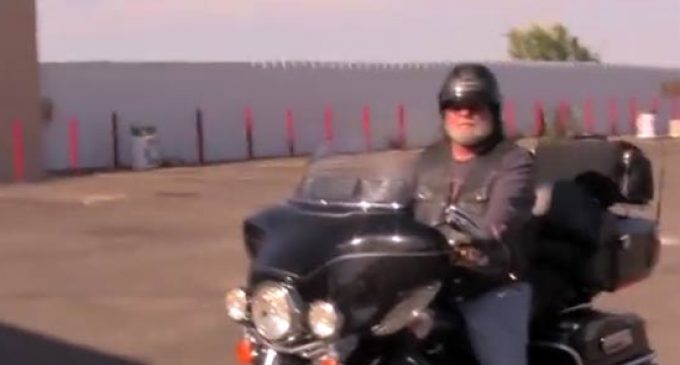 While President Obama seems eager to secure the release of infantryman and accused traitor Bowe Bergdahl, even exchanging important terrorists and cash in the operation, he's apparently ignoring the case of Marine Sgt. Andrew Tahmooressi. Thursday John Harrington of Shield Tactical and supporters began a 1,300 mile ride from Shiner, Texas to Tijuana, Mexico. They plan to protest for the release of Tahmooressi and are gaining support along their journey.

Breitbart Texas previously reported that Sgt. Andrew Tahmooressi was imprisoned in Mexico after making a wrong turn across the border for possessing illegal weapons. Tahmooressi was carrying three guns, all of which were legal in the U.S., but illegal in Mexico. He has been held in a Tijuana prison for almost three months and faces charges could keep him in Mexico for the next six to 21 years.

A WhiteHouse.org petition taken out on Tahmooressi’s behalf garnered over 123,000 signatures last month. While the White House claims that any petition signed by 100,000 people guarantees a response from the President, the Obama Administration has stayed silent on the issue.

Unhappy with the President’s delay, John Harrington of Shield Tactical, along with several supporters, jumped on their motorcycles and decided to try and take matters into their own hands. Harrington cited the trade of five senior Taliban officers for the release of Bowe Bergdahl that finally inspired them to act. In an interview with GMN, Harrington compared the jailed Marine to the Bergdahl, and criticized the Obama administration for being inconsistent on their commitment to not leaving men in uniform behind.

“His only crime that I can see is that he’s not a traitor. He didn’t abandon his post,” Harrington said. Adding “he (Obama) doesn’t leave anyone behind, right. He doesn’t leave traitors behind. He left four behind in Benghazi, he’s leaving our man behind here.” While many in the media have compared Tahmoressi to Bergdahl, Robin Abcarian of the LA Times argued supporters aren’t “doing Tahmooressi any favors by pushing that narrative.” She said that while unfortunate, Tahmooressi’s arrest was justified by Mexican law; claiming if the U.S. hopes to get Tahmoressi back, they will have to do it through diplomacy.