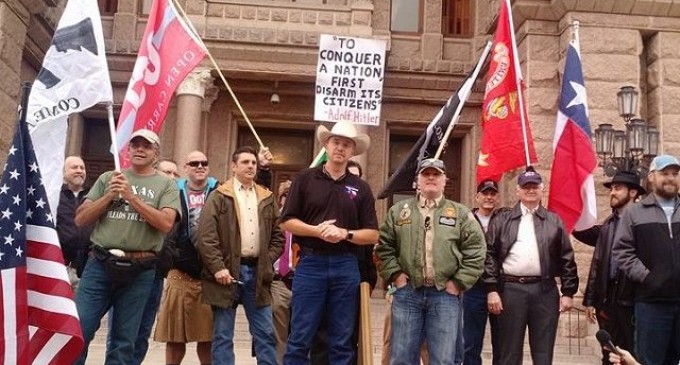 Open Carry Texas has been advocating “Constitutional Carry” for some time.

Like any Constitutionalist, they believe you should be able to buy and possess a firearm with no fees or records attached to it. The way it used to be.

After years of campaigning, they celebrated an “Uncovering Day” rally in which attendees openly displayed their firearms and left wing effetes everywhere were scandalized. One could imagine leftists fainting like Victorian ladies at the vulgarity of an uncovered weapon. Despite such an amusing daydream, the open carry rally was well behaved and well attended.

They walked around downtown, ate at local joints, took some pictures and vowed to keep fighting for Constitutional Carry.