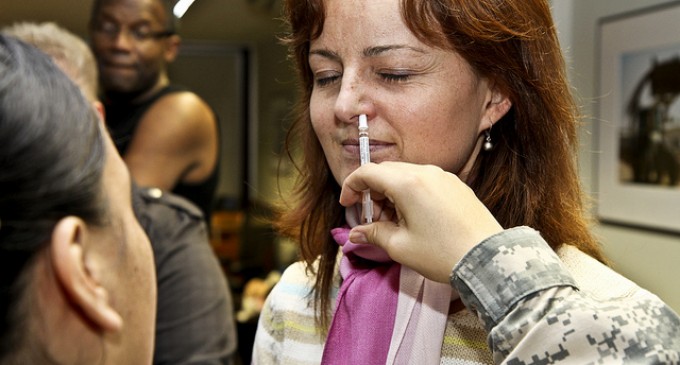 No one ever said, “I love the flu”, nor do they say, “I love shots”, but when taken together, the flu shot is bad news all the way around.

According to a clinical tests done by Natural News, the flu vaccination has 25,000 times more mercury in it, then the what is allowable in drinking water.

These concentration levels of mercury within the GSK vaccine were 100 times greater than the highest level ever found in contaminated fish! While mercury from fish is digested and easily blocked by foods such as peanut butter and strawberries,  which binds and captures up to 90% of dietary mercury, the vaccine enters the body directly making it much more toxic.

Before heading to your local physician, read more on the following page about the toxic levels of mercury in the flu shot.