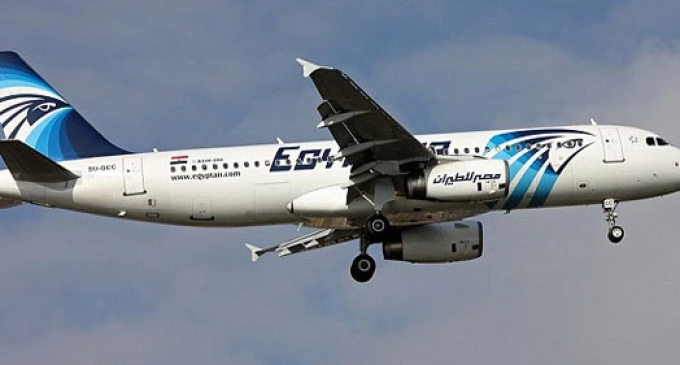 Wreckage of EgyptAir flight MS804, which crashed into the Mediterranean Sea Thursday night, has been found. Experts strongly believe it was indeed a terrorist attack.   The flight left Paris, en route to Egypt but vanished from radar screens around 2:45 a.m. Egyptian time, right as it was leaving “Greek control and entering Egyptian control”.   The plane was just a half hour from landing in Egypt when it went down.

Cruising at 37,000, with good weather conditions, the Airbus A320, which has a reputation for safety, made ‘sudden swerves', lurched 90 degrees to the left and then 360 degrees to the right before it plummeted to 15,000 feet to 10,000 feet where the signal was lost.

The hand-off of control is when the loss of contact in three recent plane crashes at sea have occurred, aviation analysts have noted.  EgyptAir flight 804, Air France flight 447 (handing off control from Brazil and Senegal), and Malaysia Airlines flight 370 (passing control from Malaysian to Vietnamese ground control).  In each of these cases, there was no distress signal, and all was calm during the flight up to that point.

Sixty-six people were killed in the crash, 10 crew members and 56 passengers.  The pilot was 36-year-old, Mohamed Saeed Shaqeer, with a total of 6,275 total flight hours.  Co-pilot Mohamed Ahmed Mamdouh, 24-years-old, had 2,766, flying hours.  Both men had “passed their periodic background security checks” and according to an Egyptian interior ministry official, both men had “no known political affiliations”.

Read what Trump and Hillary have to say about this tragedy on the next page.