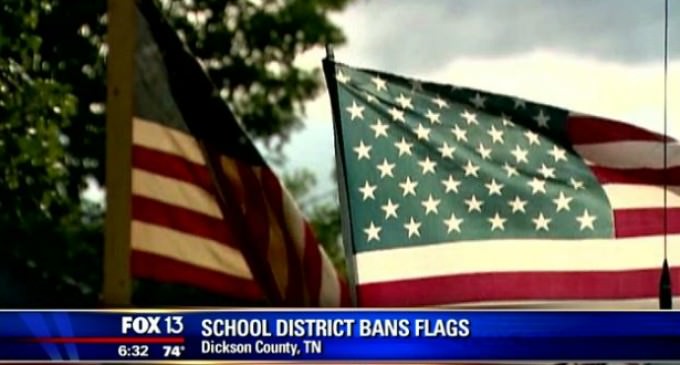 The banning of all flags, including “Old Glory”, at Dickson County Schools in Tennessee has left many understandably upset.  Students are frustrated as they feel that their right to demonstrate their patriotism is being squelched. Some students said they were told that if they brought an American flag on campus, they would be kicked out.

Dickson County School District is now attempting to clarify their flag ban by sending an email to FOX13 after the story broke this past weekend.