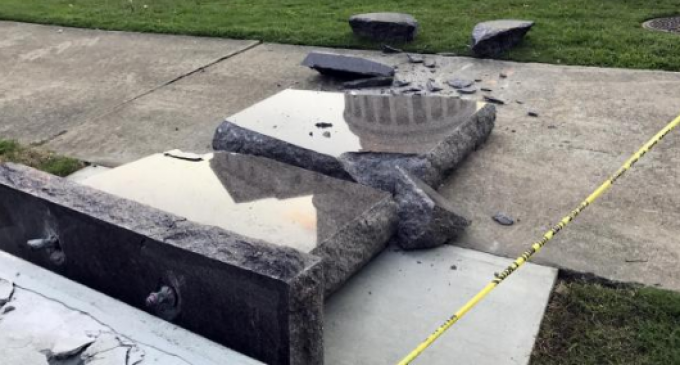 I realize that this has been said before, but it apparently bears repeating.  There is no right to the separation of church and state!

Now that that's out of the way, let's get down to business.  Leftists and crazy people have something in common.  It's a dominant gene that I like to call, the “delusional” gene.  It's effects are widespread and they appear to not make notice whether the person is male or female, black, brown, white, red or yellow, makes no distinction of whether you're a Christian, Jew, Buddhist, Hindi, or wiccan, and it certainly appears to transcend education, whether you're a graduate of Braintree Technical School of Marijuana Farming or Harvard.  The gene appears to be securely embedded within the DNA of every Liberal, Progressive, Communist, Socialist, Fascist, Despot or Leftist alive and makes it nearly impossible for said affected individuals to be able to successfully follow a lucid conversation regarding calm, measured and intellectually-advanced ideas and theories.  Leftism, after all, caters to the celebrity-drunk, cult of personality types who imbibe the nectar of Utopianism and abhor Freedom of Speech in all its forms (as evidenced by the ongoing rioting and shutting down of Conservative thought on every college campus in every civilized nation on Earth).

One of the saddest elements of the “delusional” gene is that it can especially take hold of those most vulnerable to the predations of the Left…both the Millennial infants (see also:  snowflakes) and the mentally unstable.  In the case of the Millennial infants, it's not difficult to pinpoint the source material or prime engine of information which feeds into the unhinged frenzy of the children who profess freedom while completely squashing the freedoms of all those around them.  The Liberal universities all, as a matter of necessity (for how else would they receive government funding if they taught Conservatism) teach the values of rioting, the ethics of brutality and violence, the purity of shutting down truth, and the orgasmic pleasure of achieving complete and utter chaos where before there was nothing but bliss, brotherhood, and benevolence.

In the case of the mentally unstable, however, the ability to pinpoint the foundation of thought, purpose or clarity of motivation is about as obtuse as a law-breaking, rioting Leftist thug (who's breaking store front windows, taking a baseball bat to transformers and cutting power, turning over cars, setting fires, injuring innocent bystanders, fighting with police and launching projectiles, and looting) calling a Trump supporter a Fascist.

In the case of a man named Michael Tate Reed, it appears that the latter is more at play here than the former.  This mentally unstable man just did something so crazy that it defies any other logical explanation.  Read on about his foray into the unhinged world of Leftism.