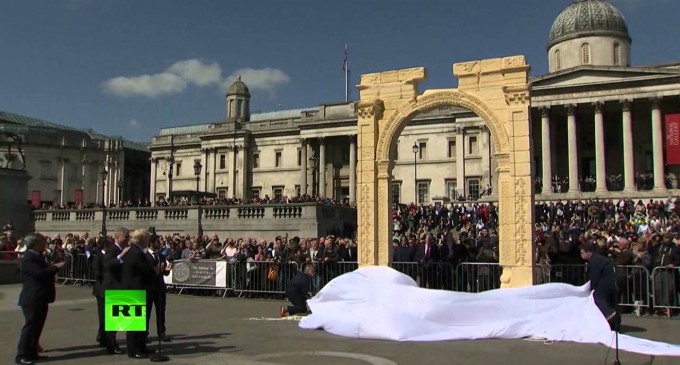 The project that will be launched in both New York and London is a life-sized model arch from the 2,000 year old temple of Baal, standing  48 feet high and 23 feet wide. The temple itself was a cherished architectural gem, with great historic and cultural significance. It is reported that the Institute for Digital Archaeology plans on erecting approximatel 1,000 such arches in cities throughout the world. Truth and Action states, “…there are those would would object vehemently to the project, because what will be celebrated  by these arches is a symbol of debauchery and cultural degradation that should be abhorred.

View the unveiling video on the following page.