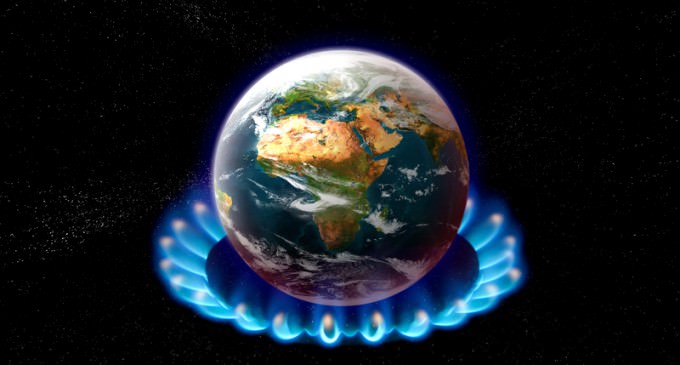 The Telegraph recently published an article that exposes how the data supporting global warming ‘science', specifically official temperature records, have been manipulated systematically to give the appearance that the Earth has warmed considerably more than it actually has.

Following my last article, Homewood checked a swathe of other South American weather stations around the original three. In each case he found the same suspicious one-way “adjustments”. First these were made by the US government’s Global Historical Climate Network (GHCN). They were then amplified by two of the main official surface records, the Goddard Institute for Space Studies (Giss) and the National Climate Data Center (NCDC), which use the warming trends to estimate temperatures across the vast regions of the Earth where no measurements are taken. Yet these are the very records on which scientists and politicians rely for their belief in “global warming”.

Homewood has now turned his attention to the weather stations across much of the Arctic, between Canada (51 degrees W) and the heart of Siberia (87 degrees E). Again, in nearly every case, the same one-way adjustments have been made, to show warming up to 1 degree C or more higher than was indicated by the data that was actually recorded. This has surprised no one more than Traust Jonsson, who was long in charge of climate research for the Iceland met office (and with whom Homewood has been in touch). Jonsson was amazed to see how the new version completely “disappears” Iceland’s “sea ice years” around 1970, when a period of extreme cooling almost devastated his country’s economy.

One of the first examples of these “adjustments” was exposed in 2007 by the statistician Steve McIntyre, when he discovered a paper published in 1987 by James Hansen, the scientist (later turned fanatical climate activist) who for many years ran Giss. Hansen’s original graph showed temperatures in the Arctic as having been much higher around 1940 than at any time since. But as Homewood reveals in his blog post, “Temperature adjustments transform Arctic history”, Giss has turned this upside down. Arctic temperatures from that time have been lowered so much that that they are now dwarfed by those of the past 20 years.

Homewood’s interest in the Arctic is partly because the “vanishing” of its polar ice (and the polar bears) has become such a poster-child for those trying to persuade us that we are threatened by runaway warming. But he chose that particular stretch of the Arctic because it is where ice is affected by warmer water brought in by cyclical shifts in a major Atlantic current – this last peaked at just the time 75 years ago when Arctic ice retreated even further than it has done recently. The ice-melt is not caused by rising global temperatures at all.

Of much more serious significance, however, is the way this wholesale manipulation of the official temperature record – for reasons GHCN and Giss have never plausibly explained – has become the real elephant in the room of the greatest and most costly scare the world has known. This really does begin to look like one of the greatest scientific scandals of all time.