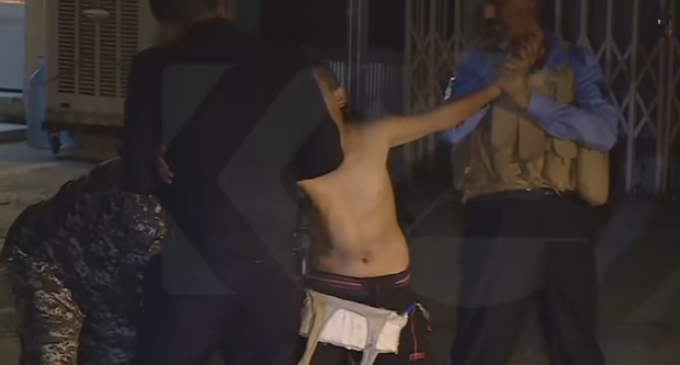 Footage has emerged online from a Kurdish news station that shows Kurdish security forces removing an explosive belt from and alleged Islamic State bomber. While that might not sound unusual for that part of the world, this particular suicide bomber was a teenager. Fortunately, authorities were able to disarm the bomb just moments before it was about to be detonated in the Iraqi city of Kirkuk.

The video was uploaded by the Kurdish news channel Kurdistan24. In the footage, which you can view on the next page, two law enforcement officers can be seen holding the boy's hands, while another officer attempts to disarm and remove the bomb. While they attempt to do this, the boy, who is believed to be twelve or thirteen years of age, can be seen crying hysterically while surrounded by journalists.

While there is never a time when it's acceptable to take the lives of others, you can't help but wonder what this boy's motivations were. He looks scared, which shows that he obviously doesn't want to die.

Was his family being threatened? Or perhaps something far more sinister was at work. In either case, this isn't the first time in recent days that a child has been used for destruction.