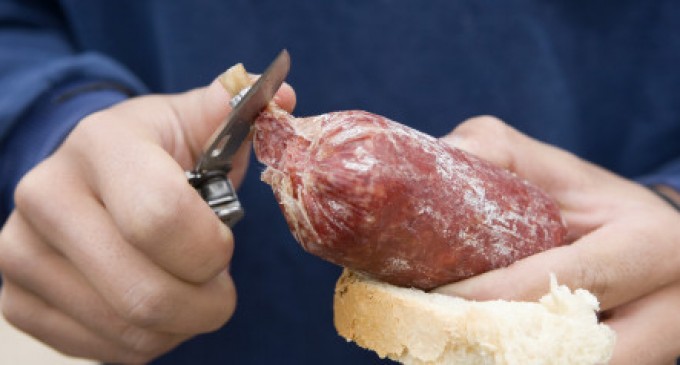 A 19-year-old in England took a new drug called “Meow Meow” with devastating effects: he sliced off his own penis and stabbed his mother.

“Meow Meow” is becoming popular with teens worldwide. It is made of the plant food mephedrone, which is legal and an easily accessible and produces a high similar to ecstasy when combined with amphetamines and other drugs.

Fortunately, the mother is in stable condition and the teen has had his penis reattached.

A 19 year old in England took a drug becoming popular in the world market called “Meow Meow”. He then hacked off his own penis with a knife and stabbed his mother.

Police were called to the scene by the terrified mother. She called emergency services after her son stabbed her. When the police arrived to the apartment, they found the son hanging out the window with blood gushing from his groin area.

A family friend told the Mirror that the boy had returned home from the University and had started experimenting with drugs.

He had come home from university for Christmas. ‘It looks like he took mephedrone and completely flipped out attacking his mum and then himself,’ said the source.

‘When the police arrived they found him hanging from a window and then discovered he had cut off his penis.’~ the Daily Mail

The boy had got his hands on a street drug called “Meow Meow” that is becoming popular with teens world-wide. It is made of the plant food mephedrone. If it sounds familiar, it is because the base component of the plant food is the legal, available, and easily accessed product, that produces the same chemical high as what is “cooked” to produce MDMA. They then combine it with amphetamines, or other drugs to produce a form of the sensation from ecstasy, but with the short-lived hit of a line of coke.

According to the Daily Mail:

Sussex Police have been investigating an allegation of assault on the mother, and have said that officers are not looking for anyone else in connection with the incident.~ the Daily Mail

No one else seemed to sustain injury in the incident and both are expected to make a full recovery.