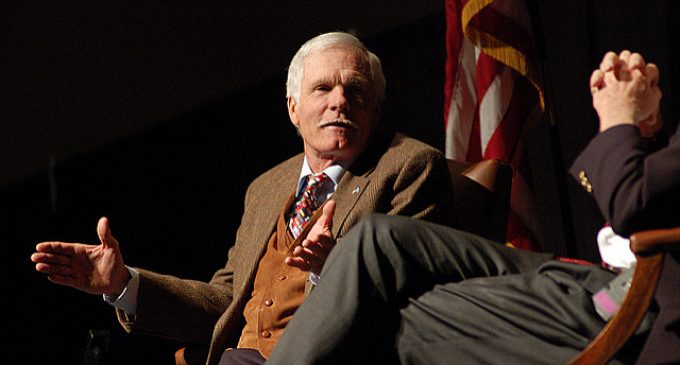 When it comes to left-wing loons, Ted Turner has to be in the top-ten list.  While his views on population reduction are despicable, the guy makes so many outrageous remarks that one has to marvel that anyone with even a bit of humanity left in them would listen to this crank.

Unfortunately, his legacy remains strong.  Recall that CNN was his child, and it's pretty obvious which direction that alleged news agency want to push the country.  If you need a refresher, here's a hint:  The Constitution and any remaining vestiges of the Old Republic be damned.  We must break the chains that bound us to the old order that founded the United States, and press forward into a New World Order where progressive ideas, liberated from the dogma of our founders, can come to fruition.

What a bunch of garbage.  Move to the next page: