Of all the troubling aspects of the Obama presidency, none is more dangerous than the president’s persistent pattern of lawlessness, his willingness to disregard the written law and instead enforce his own policies via executive fiat. On Monday, Mr. Obama acted unilaterally to raise the minimum wage paid by federal contracts, the first of many executive actions the White House promised would be a theme of his State of the Union address Tuesday night.

The president’s taste for unilateral action to circumvent Congress should concern every citizen, regardless of party or ideology. The great 18th-century political philosopher Montesquieu observed: “There can be no liberty where the legislative and executive powers are united in the same person, or body of magistrates.” America’s Founding Fathers took this warning to heart, and we should too. 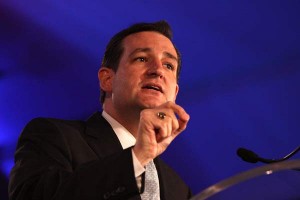 Rule of law doesn’t simply mean that society has laws; dictatorships are often characterized by an abundance of laws. Rather, rule of law means that we are a nation ruled by laws, not men. That no one—and especially not the president—is above the law. For that reason, the U.S. Constitution imposes on every president the express duty to “take Care that the Laws be faithfully executed.”

Cruz goes on to highlight Obama’s most lawless and dangerous actions, reminding readers that even if they agree with Obama’s individual acts, by ignoring the Rule of Law, he has set a precedent, opened the door for even worse excesses in the future:

As Montesquieu knew, an imperial presidency threatens the liberty of every citizen. Because when a president can pick and choose which laws to follow and which to ignore, he is no longer a president.