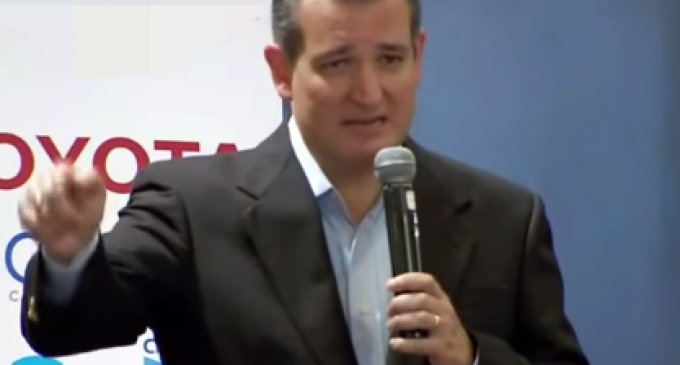 Ted Cruz clearly thought he was going to have his Ronald Reagan moment when he took to the stage during the Republican National Convention. Instead, he got booed off the stage.

During the 1976 Republican convention, Ronald Reagan narrowly lost his primary fight against incumbent president Gerald Ford. After he lost, Reagan was invited on stage in order to address the divided convention. In his unprepared remarks, Reagan never mentioned the man to whom he lost the nomination. Instead, he delivered a speech so strong that it left the room with a palpable sense that they had nominated the wrong man.

Cruz was clearly trying to emulate that moment when he addressed the convention this week in Cleveland. In an attempt to set himself up for another presidential run in 2020, he committed what many have called “political suicide.”

Cruz stated reason for not endorsing Trump is a very personal one, which will certainly give the impression that he has put himself before the country.

But that’s not all that that Cruz has done that leads one to believe that his motives were completely self-serving. See how Cruz is trying to capitalize on his failed endeavor on the next page: