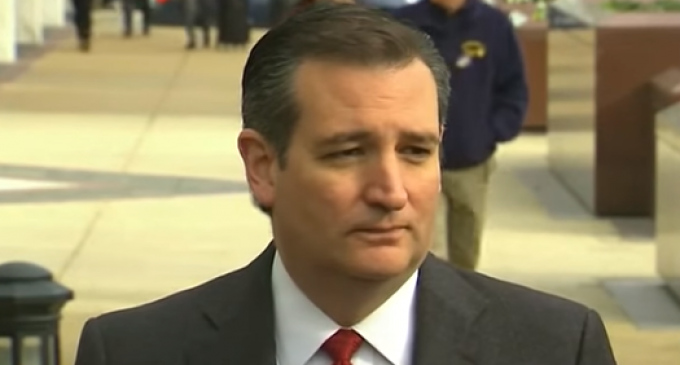 In a move that will baffle – to say nothing of outrage – many, Ted Cruz laid blame for the terror attacks in Brussels at the feet of Donald Trump.

Now one might have expected the senator from Texas to blame President Obama for his invariably weak responses to jihadist violence or European leaders for doing nothing to vet the waves of Middle Eastern migrants pouring into the continent, but blaming Trump – wow, that's one nobody saw coming.

Attempting to articulate his reasoning for holding the GOP frontrunner responsible, Cruz observed that Trump mentioned the possibility of withdrawing the United States from NATO if he becomes president the day before the attacks. In Cruz's mind, it is hardly coincidental that the extremists attacked Brussels, which happens to be where NATO's headquarters are located, shortly afterwards.

Others, however, are not so likely to buy into Cruz's line of thinking, laying blame for these terrorists acts instead where it belongs – the terrorists who committed them.

Cruz's low blow against Trump shows how desperate he is getting as the Republican primaries drag on. After attacking Trump's character numerous times, the senator is undoubtedly irritated to see that, as the saying goes, you can't stump the Trump. It's very unfortunate that he felt the need to drag the latest victims of Islamic terrorism into his beef with the Donald.

Watch the video for yourself: