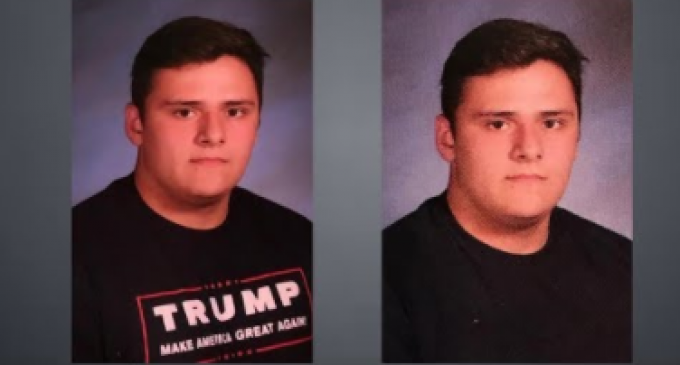 While the liberals continue to bellyache about the evils of Russia and their suppression of free speech and the press, they’re busy attacking conservative kids and remaining oblivious to hypocrisy.

You’d think teachers would be more concerned these days with the U.S. lagging behind the rest of the developed world in math and science, but nope that is all hunky dory with the liberal agenda. Maybe they’d think theses low scores have something to do with only encouraging girls to go into these subjects or roll out some new initiatives, but nope. Teachers have better things to do with their spare time like photoshopping kids yearbooks.

Your read that right. Liberal educators think the real problems threatening our kid’s futures is believing in democracy and that can all be fixed easy peasy with just a little photoshopping and suppression of freedom of speech. Or so they thought… It appears liberals still haven’t learned their lesson on the consequences of underestimating Patriots and their love for defending American freedom. More on this sickening attack against conservative kids freedom of speech and the awesome comeback of the right putting these deranged educators back in their place on the next page