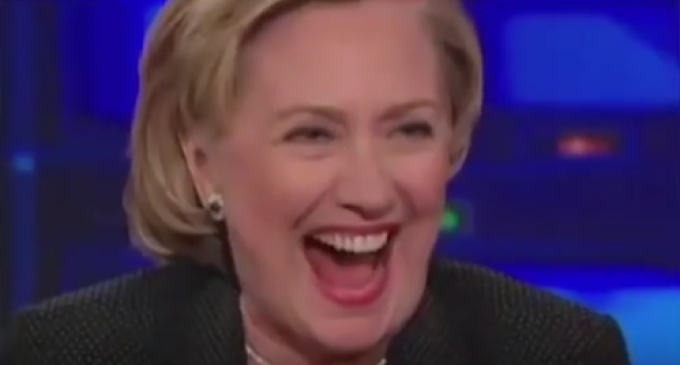 TBS tweeted a video of Hillary Clinton's famously obnoxious laugh this week, then was forced to take it down because it offended Clinton's supporters.

It's reminiscent of the many times that networks have had to apologize and retract their criticism of Donald Trump — oh wait, that has never happened.

This development is further proof of how biased the media is, even outside of news. Hillary Clinton is absolutely untouchable. Criticizing her is taboo, and making fun of her is the quickest way to get called a sexist bigot.

Meanwhile, Donald Trump is the punchline of every late-night talk show, sketch comedy show, and daytime TV show in the country. He's been called Hitler on national television by mainstream personalities, yet few have had to apologize for their comments.

See the video that caused the uproar on the next page: