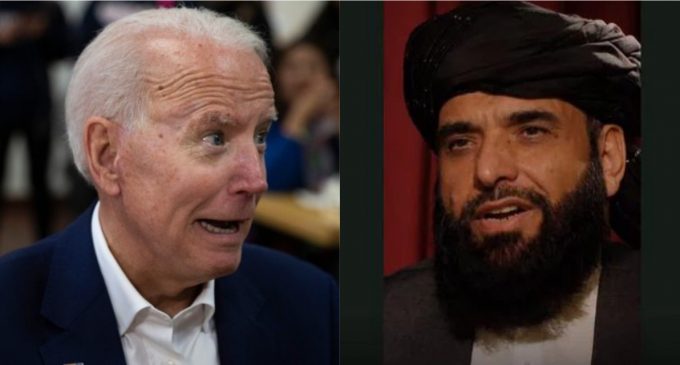 The potential consequences of Biden allowing the leader of a Third World country to bully him around are beyond disconcerting. First, our feckless president refused to use our military might to evacuate Americans immediately after the chaos erupted. When asked why we didn't use our troops to create a safety net, a perimeter, around those outside the airport the president responded that doing so would have ‘unintended consequences.'

A mind-blowing statement not only considering the comparison of strength between the U.S. military and the Taliban but the fact that he placed this perceived consequence above the potential repercussions of leaving thousands of American lives behind enemy lines.

Of course, now that Biden has shown himself to be utterly spineless the Taliban is free to push him around all they like – and they can now that they have hostages.

Turn the page to continue.