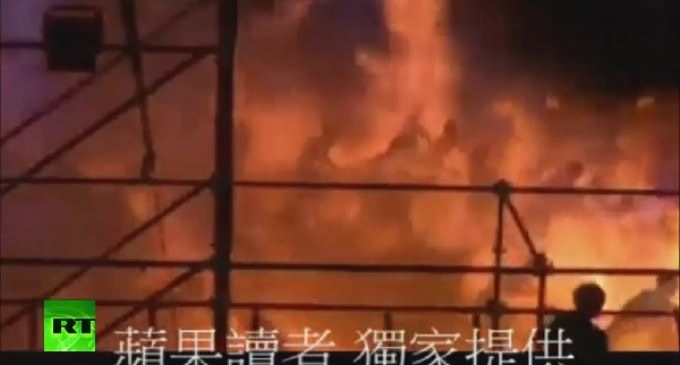 On Saturday, in what appears to have been a gay pride event titled “Color Play Asia” at the Formosa Water Park in New Taipei City, Taiwan, over 500 people were sent to the hospital and killed one as an massive fire engulfed party goers.

Taiwanese investigators state that a cigarette butt or spark set a colored powder ablaze that was sprayed from the stage onto the crowd.

The three tons of starch-based powder was flammable, said Chou Hui-fang, a representative of the seller who claimed to have told the buyer about the risk of fire.

“Whether it’s corn starch or flour starch, this kind of stuff, no matter how long it’s been around, if it’s in dense quantities and if it’s hot, it can catch fire,” stated Chou Hui-fang, a representative of the seller of the power.  “We didn’t know what the buyers were going to do with it or how much they would use,” she continue. “It might have been supplies for a whole year.”