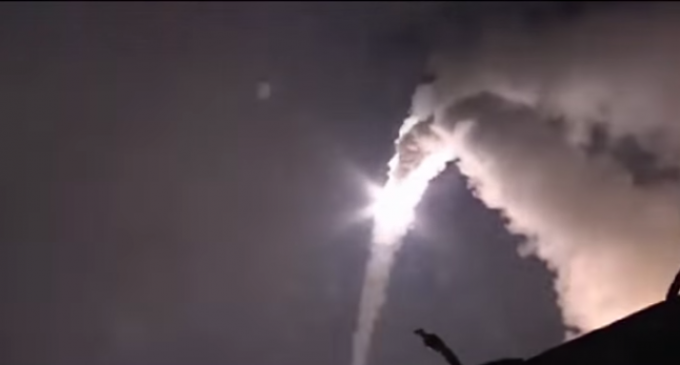 Russia’s week old campaign in Syria heated up on Wednesday, when they launched a cruise missile strike against Syrian rebels from nearly 1,000 miles away. Russia’s goal in this multi-faction civil war is to back the Syrian government and prevent Assad from being overrun. They have already launched more than 100 air strikes against the Islamic State and factions of the Islamist and U.S. backed rebel forces who want to see President Bashar al-Assad removed from power.

This is something that Russia and America find themselves at odds over, as they continue to run into each other in Syria’s already crowded airspace. And let’s not forget that it was America that armed the rebels that later became ISIS.

Read more about Russia’s campaign on the next page.