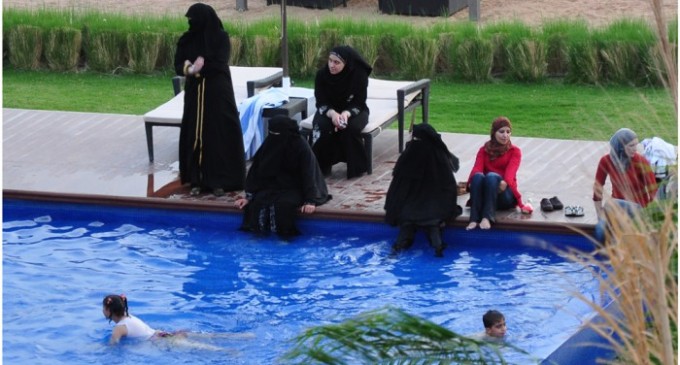 In an attempt to curve the amount of incidents involving sexual harassment, indecency and rape in public bathing facilities in Switzerland, a public pool has banned groups of three or more from entering bathing facilities at the same time. While this might sound like a slightly odd problem to have, it was designed to discourage large gangs of migrants from committing lewd acts.

This has become a hot issue in recent months all over Europe with pools in Germany, Austria and Belgium all reporting similar incidents. Lifeguards are telling people the reason is related to the size of the pool and limited amount of open space.

According to a constitutional law professor at the University of Base, Markus Schefer, banning migrants would be discriminatory and illegal, but defining the law as a safety precaution is permissible, as long as it applies to both migrants and integrated citizens. Meanwhile, left-wing activists are going crazy, using social media campaigns to accuse the Swiss government of discrimination and racism.

See what activists are saying on the next page.