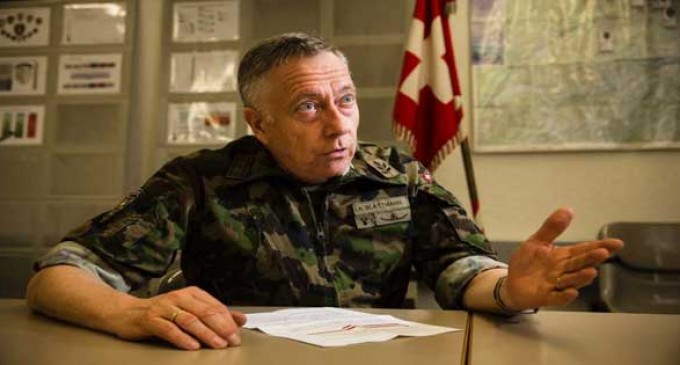 Lieutenant-General André Blattmann of the Swiss Armed Forces is wary of the growing problem of mass 3rd world migrations into Europe.

His tacit admission that Europe has imported violence plays right into the Trump narrative that is gaining steam these days.

After decades of lectures on left-wing policies are the way to go, Europe finds itself in a hot bed of violence and rape… all with heavy gun restrictions in place.

Politicians have failed to address the problem of mass immigration from war torn nations and now the native citizenry of Europe has grown restless and seeks the far right parties who will actually address their concerns.

The European left's bolstering of their opponents is stunning because it shows the lengths the ruling class will go to cover up heinous crimes surrounding refugee camps.

The European people are getting fed up and in Switzerland it may boil over.